by alison
No comments

Challenges about going to university 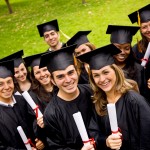 Here Olivia talks about her challenges, issues, problems and successes she has in her life and the decisions she needs to make about going to university.

“My greatest challenge when leaving school will probably be starting university, I am unfathomably terrified and also incredibly excited about it. I am torn between moving away or staying at home and even the right course is puzzling me- eek!

In terms of university, I have just this weekend applied for my firm and insurance choices, although looking at potential universities proved to be tougher than I’d initially anticipated.

When it came to writing –the dreaded- personal statement, it took me a good few drafts to perfect it! I started off listing the basic points- my education history, interests and obviously, my reasons for interest in my chosen course.

I gradually then built that into statement form, and added flamboyant words, and rather embarrassingly ‘bigged’ myself up a bit. At first it sounded pretty bland and basic (trust me, the amazing personal statements that come up on Google aren’t written overnight) but after several timely drafts and a great deal of assistance from my subject teachers and head of years- it turned out pretty well (I think).

When it comes to selling yourself to potential universities, it’s very important to obviously highlight your talents, characteristics and skills but also hugely important to tell the truth- I heard a story about a guy that said he had a huge interest in cake baking- but when it came to the interview knew nothing really about it (as you can imagine that was probably pretty awkward)!

It’s also important to show your interest in the course you are applying to, try to summarise your interest in it – whilst also highlighting some of your experience with the subject (for e.g. if English, books you’ve read and enjoyed, your own history of the subject etc.).

With regards to getting into the university I wanted to go to, it proved quite a long and winding situation. Obviously, one of the central things universities look at when looking at personal statements are AS grades- unfortunately during my AS levels my English exam was under marked by 2 grades due to a poor exam board- leaving me with a D when now (after a resit) I should have been on an A.

This (I imagine) affected me getting into two of my top university choices of Leeds and Nottingham – especially as in all my other subjects I had received A’s. Fortunately, however two of my other crucial choices (Liverpool and Goldsmiths) offered me places- so it was not all bad!

Since applying for universities and art colleges my friends and I have been faced with various problems that, of course we did not expect in the process. For example, as well as the expected problems of funding for accommodation and finance, there is overcoming the initial problem of choosing where you want to be.

I was, and still am torn between leaving home or going away. I have now decided that my first choice is to be Liverpool University (a long long way away!) and my second choice is Goldsmiths in London a lot closer plus I would be living at home meaning the expense of accommodation would not be important.

However, saying that if I did go to Goldsmiths, would the fact I would be living at home make me less prone to the ‘university experience?’ and would I mix with as many people? The choices and decisions seem to be endless.

One of my closest friends is applying to art college and has no choice but to live at home during her foundation year, as she would be given no support for accommodation or living as her course is only foundation- limiting her to certain colleges and universities.

When it comes to funding for my university accommodation and living expenditure, a lot will come down to student loans, beneficial at the time but the fact they will of course add up into quite a sum of debt is quite scary, although I am not expected to pay them back until I am earning over a certain amount (a small relief I suppose).

This means I need to start saving now, and due to the fact university costs are going to shoot up in the next year means any hopes of a potential gap year, or year out are minimal, as in 2012 I am far less likely to be able to afford going!”

What challenges are you facing about going to university?